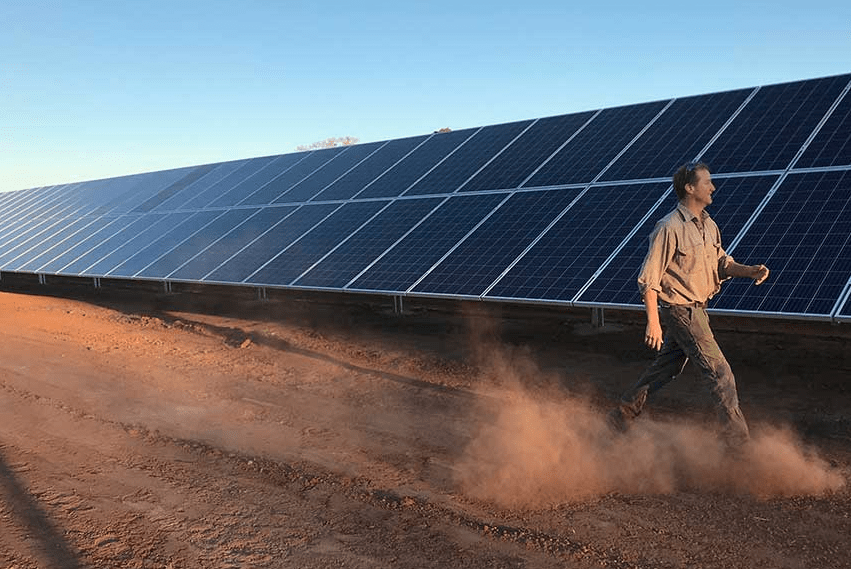 If you’ve been looking into investing in commercial solar, you may have noticed that systems on the market come in a range of kiloWatt (kW) ratings, with 100kW (99.9kW) being a popular size for commercial systems in Australia. It’s worth considering what these ratings mean for your business.

In short, a system’s kW rating indicates its capacity for energy output under ideal conditions of unimpeded sunlight. It is determined based on the number and size of the photovoltaic panels used in the given system.

How much power does a 100kW solar system produce?

As a rough estimate, you can expect to generate between 350 and 450 kWh per day, or 130,000 to 160,000 kWh per annum. For a business with high electricity usage with an annual power bill of around $50k, this can translate to taking around 30% off the business’ total power bill.*

However, this depends on a number of variables, including local and seasonal climate conditions, system quality and obstructions to light. It’s important to know that the 100kW designation does not account for these variables.

When deciding whether to install a 100kW solar system, size is an important factor to consider: do you have enough space, and can your roof structure support the system weight? Typically, a system of this capacity will require around 400 panels, each measuring around 1.6 x 1 metre. This means you’ll need somewhere in the ballpark of 640 square metres of suitable mounting space.

Within the Australian federal government’s current incentive schemes under the Renewable Energy Target, 100kW is the cutoff rating that divides small-scale from large-scale solar projects like bikes and cars. 99.9kW systems are the largest that can be classed within the small-scale stream.

Systems rated 100kW or more fall into the large-scale stream, which is designed to incentivise the development of renewable energy power stations (e.g. solar farms).

Therefore, if your commercial operation is in the market for a solar system in the realm of 100kW, it’s worth considering which side of that figure you should lean to.

Both streams enable the generation of currency units within a certificate scheme. Small-scale certificates are generated upfront as a one-off incentive, and generally redeemed from the government by a supplier such as Cherry Energy. This supplier then passes the certificate value onto the buyer (you) in the form of a discount at the time of purchase.

Large-scale generation certificates, on the other hand, are generated on an ongoing basis, according to the amount of eligible energy produced by the system (which is considered a power station). They can thus serve as an ongoing revenue source; however, there is no upfront discount.

The best choice for your business will depend on your commercial framework and what you aim to achieve. However, it’s worth noting that a 99.9kW system is the largest on which you can receive an upfront discount based on these federal government incentives.

The amount of power that can be generated by a 100kW system depends in part on its geographic location. This is due to the differing amounts of sunlight available in different parts of the country.

This is something to take into account when considering moving your operation to commercial solar power. Brisbane, for example, receives ample sunlight year-round. This means that systems placed in this part of the country can generate more power than those in, say, Melbourne or Sydney.

This scale of system is capable of generating over 118,000 kWh per annum, translating to an average value of nearly $21,000 annually. This solution was combined with other methods of reducing power consumption, such as retrofitting light fittings with energy-efficient LEDs, to more than double that value.

The solar system chosen, with its rating falling within the 99.9kW or less range, fell into the small-scale stream of government incentives. This made Peuker & Alexander eligible for 1,700 Small-Scale Technology Certificates, equivalent to a $65,000 discount on system installation costs.

READY TO SIZE UP THE OPTIONS?

When investing in commercial solar, it pays to maximise your savings by choosing the right system size for your space and energy needs. Begin the process by consulting with the efficiency experts at Cherry Energy today.

Benefits of Solar Power for Business

Here are three benefits of solar power for business….

If you plan to move into the commercial solar arena it’s good to know what LGCs are, who can qualify, and what they me…

Schools are strongly positioned to lead the way in the adoption of green energy with rooftop solar….

Get the latest information on commercial solar from our expert team.